If you're new here, you may want to subscribe to my RSS feed. Also, don't forget to leave comments! Comments only increase the quality of my posts. Thanks for visiting!

About once a month or so, I search around online for the best iPhone jailbreak apps.  I don’t usually have the time to search through all of the new released in Cydia, so I tend to rely on other people’s posts.

In an effort to provide some app ideas to new jailbreakers, below is a list of my 10 favorite jailbreak apps for the iPhone (in no particular order). 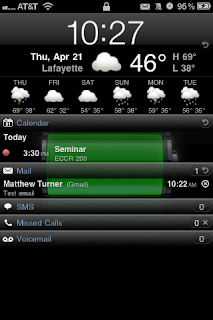 For a list of all native plugins, please see Plugins.
2. Winterboard 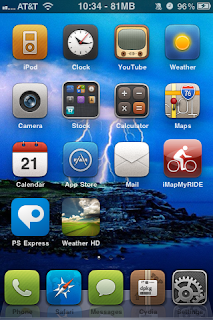 Winterboard is an app that I am sure most people know about already.  This app allows users to theme their iPhone, iPod, iPad.  Winterboard allows you to change app icons, customize status bar graphics, customize dock graphics, etc.

The theme used in the above image is the Suave theme. 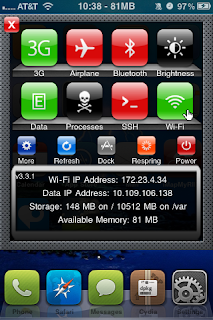 This is another app that most jailbreakers probably already know about.  SBSettings allows the user to control various settings on their iDevice right from the springboard.  There are many add-ons available for SBSettings, such as an airplane mode toggle, a data toggle, an iPod play/pause toggle, etc.  There are also numerous themes for SBSettings. 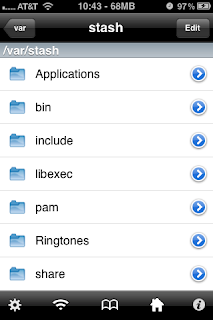 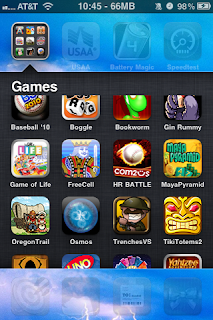 Another app that most people probably already know about.  InfiniFolders is an app that allows the user to have an unlimited number of apps in a folder.  You can then vertically scroll through the apps in the folder.  The app also has an option that allows for vertical paging.


In the release of iOS 4.x, apple added multi-tasking to the iPhone.  The built-in multitasking might be sufficient for some people, however there are still a large number of apps that do not totally support the multitasking functionality.  Backgrounder, however, brings true multitasking to any and all apps. 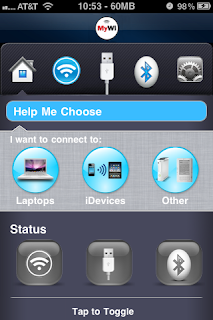 MyWi is an app that enables the user to tether many devices to the iPhone.  The newest release of MyWi now includes an OnDemand option for other iDevices.  The OnDemand option will connect other devices as you need it.  Basically, this makes it so that the other devices (such as a wi-fi only iPad) will automatically connect and disconnect. 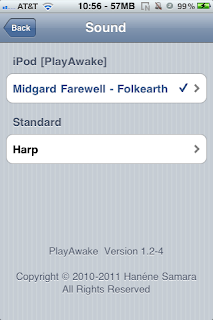 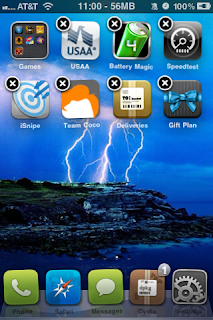 This app is a must have if you are re-arranging your apps and have many apps that you want to move to the same page.  MultiIconMover allows you to select many apps on a single page, then move to the desired location, and tap the home button to move all of the apps to the desired page. 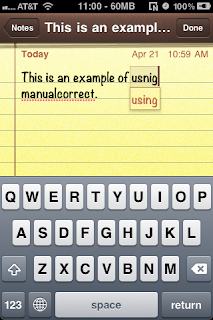 This is an excellent tweak that resolves many issues surrounding Apple’s stock implementation of auto correct.  ManualCorrect makes it so that the suggested correction is not automatically applied.  Instead, it shows you the correction and you have to tap the correction in order to apply it.

Many people probably think that Wi-Fi Sync, PkgBackup, and My3G should be on the list.  But, there are reasons why they are not on the list.  I don’t feel the need for Wi-Fi Sync, as I leave my iPhone plugged into my computer everyday while at work.  I have yet to purchase PkgBackup, so I cannot comment on an app that I have not used.  As for My3G, I have an iPhone 3GS and I just don’t see the need for My3G on a 3GS.

Have some apps that you think should be on the list but aren’t?  Just post them in the comments 🙂